Menu
Remembering Camp Hudson
Where It All Began...

Hudson Oaks Townhomes, in addition to Hudson Bend, Hudson Court, Hudson Forest, and Woods at Hudson fill the grounds of the 100-acre Boy Scout Camp which occupied the property for almost 50 years between 1925 and 1973.

As a boy scout camp “it had no tax value” and wasn’t even considered as part of the plan for Bunker Hill Village which was incorporated in 1954. It was assumed that the property would always be a camp. The property was sold in 1973 for approximately 8 million dollars. The boy scouts now occupy properties out of the city – Camp Strake near Conroe and Camp Hudson near Centerville. 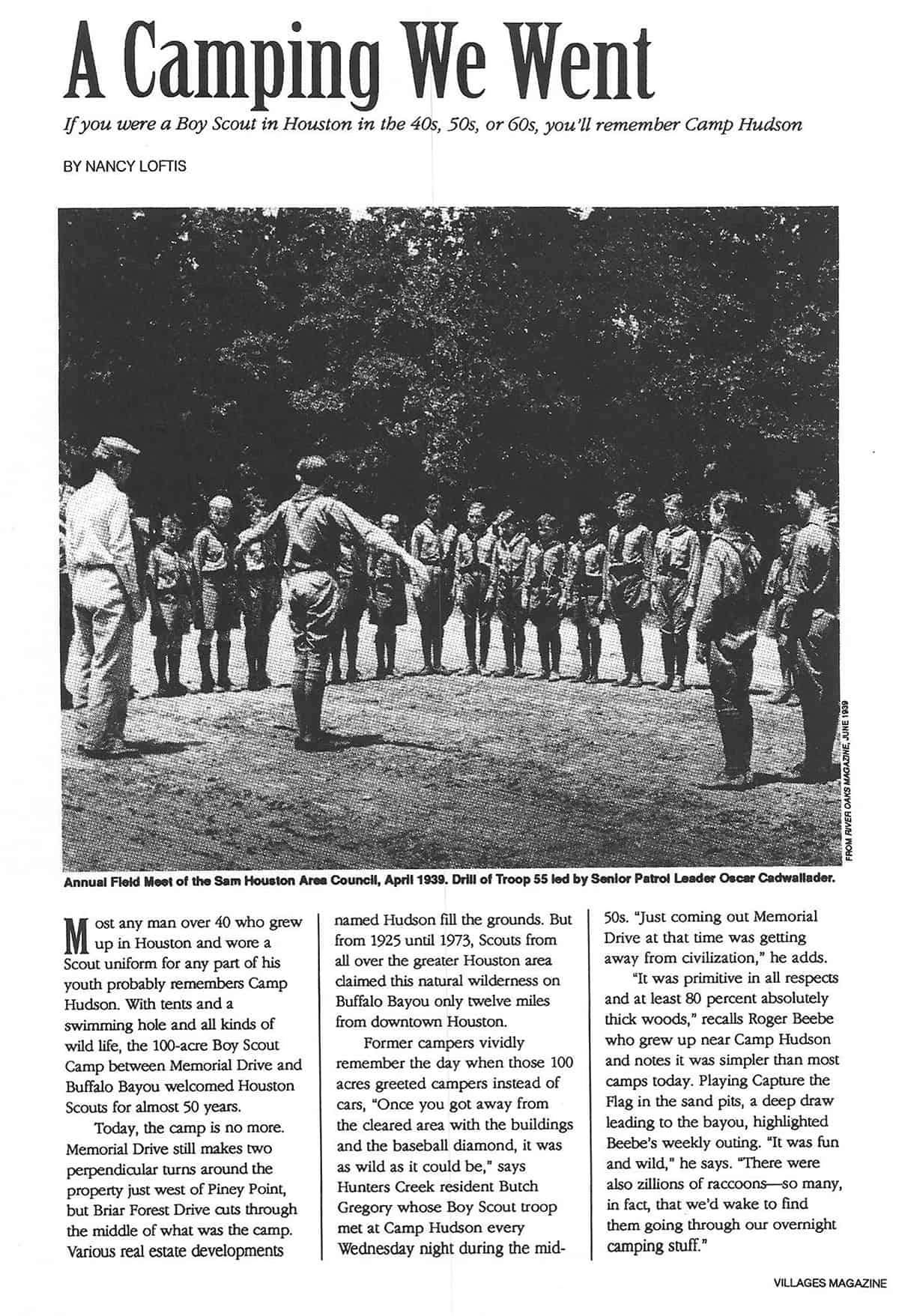 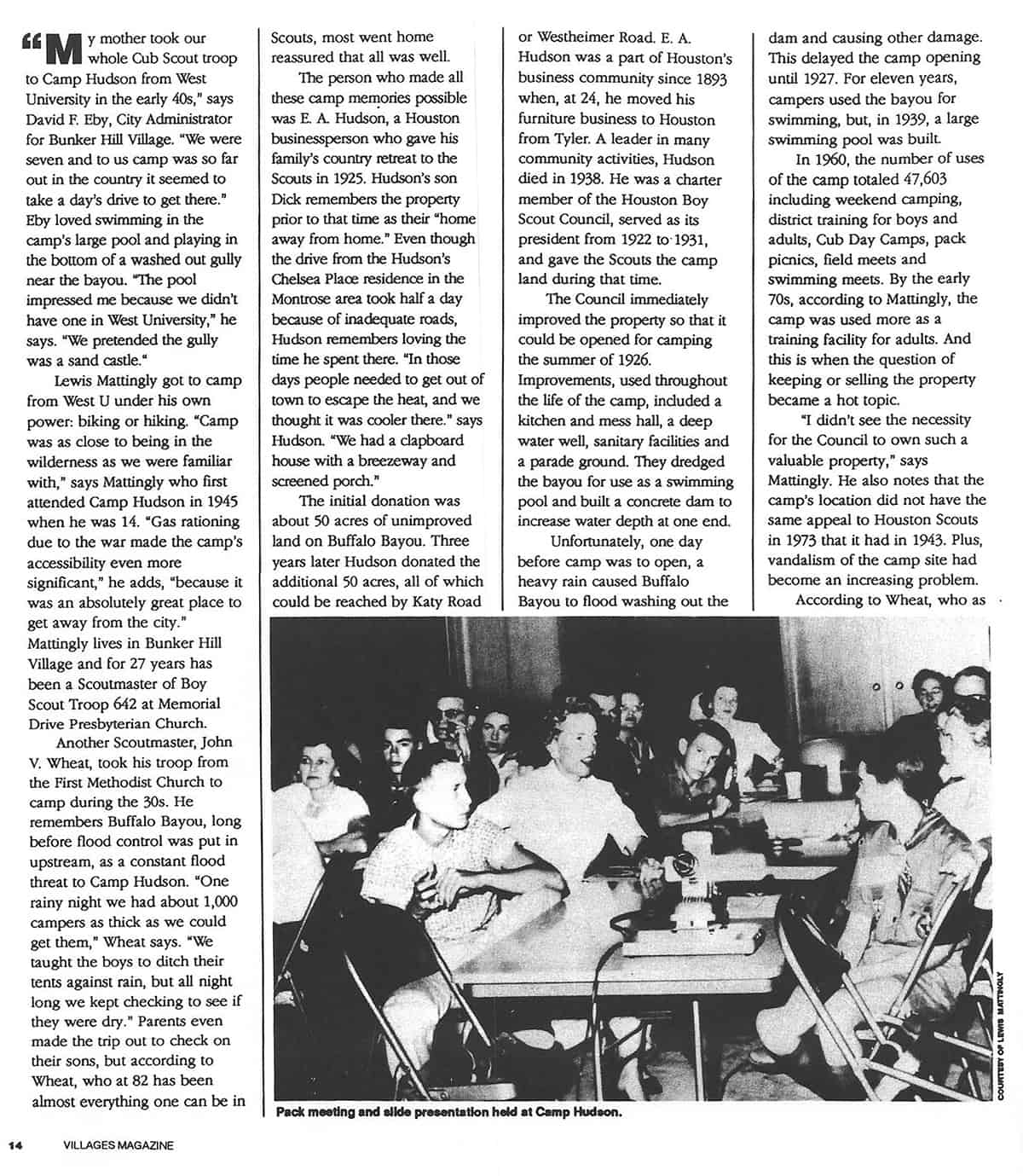 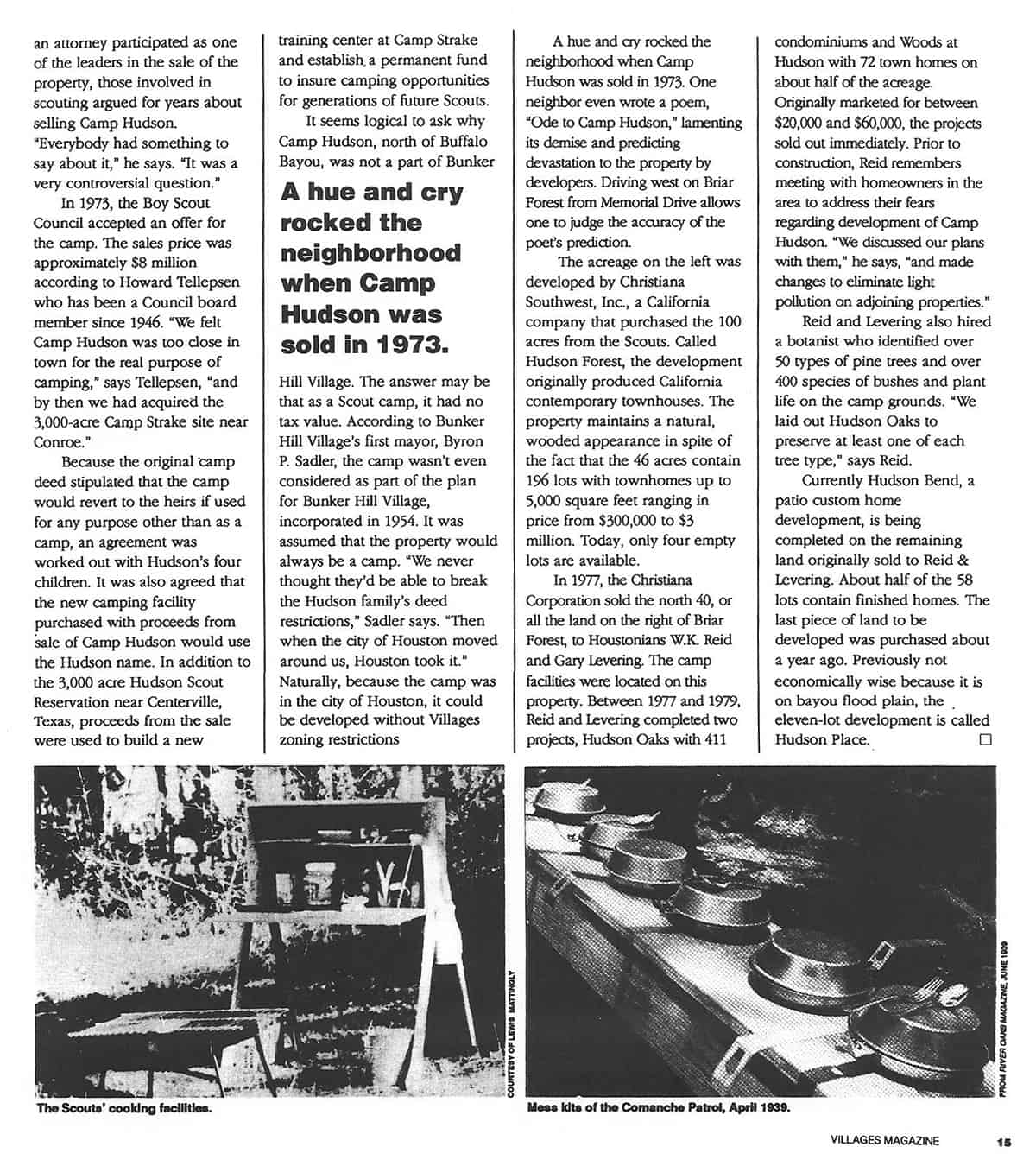